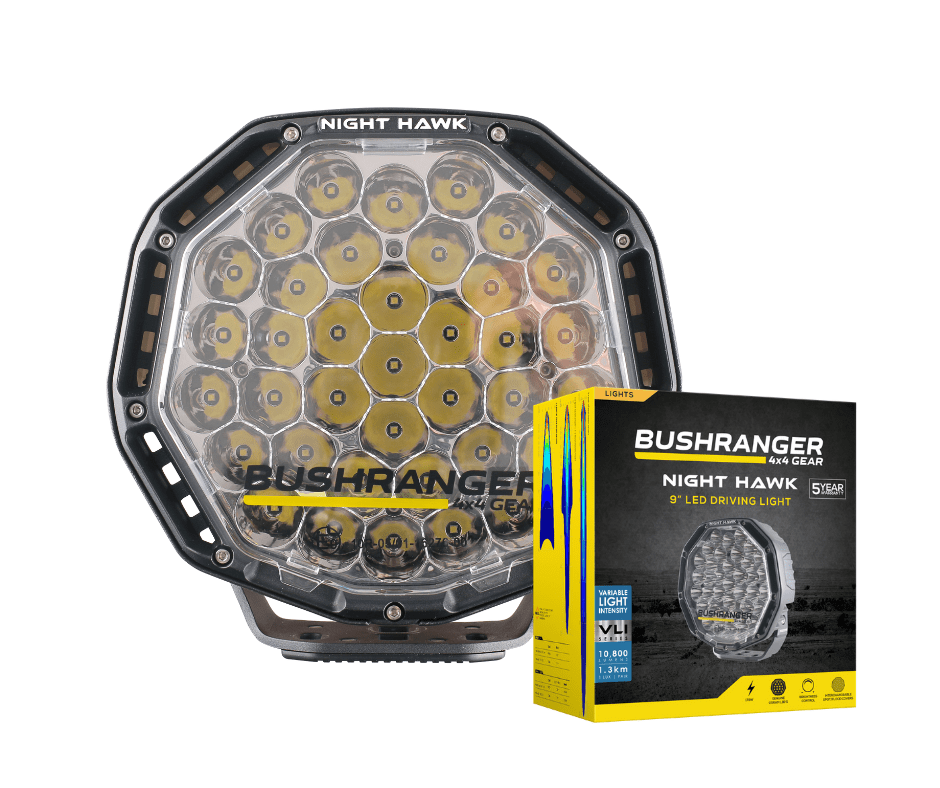 Western 4W Driver is available to purchased in WA.

Exerpt from the article:

I imagine it’s pretty hard to come up with something new in the LED driving light market these days. The moment someone drops a new form factor into play, a dozen no-name rip-offs pop up with all sorts of radical claims. Such as, enough lumen to turn a kangaroo to ash before you can even hit it; at half the cost. But this Variable Light Intensity thing that Bushranger is spruiking on the LED Night Hawk has my attention!

Scenario number one. Gravel road, slightly corrugated, full brightness. The beam distance is very impressive! With a twist of the brightness controller down to minimum setting, the Night Hawk reduces to about double the brightness of my headlights. For those winding roads perhaps with lower speed limits, dimming the lights is actually quite handy. It drastically reduces the glare back off street signs that LED and HID are famous for. In the following shots… Scenario number two, I opted for a low range scramble. One certainly doesn’t need to see so far ahead out here, so dimmed all the way I went. The major positive I noticed in this situation was my eyes response after looking ahead, and then out the side window; watching for the next object that could potentially crumple a door sill. With less blinding light cast on features ahead, my vision was quicker to adjust to dark areas I’m trying to watch around the wheels. I daresay your spotter would be thankful for that too…

To learn more about the VLI Series, click here to be re-directed to product information.