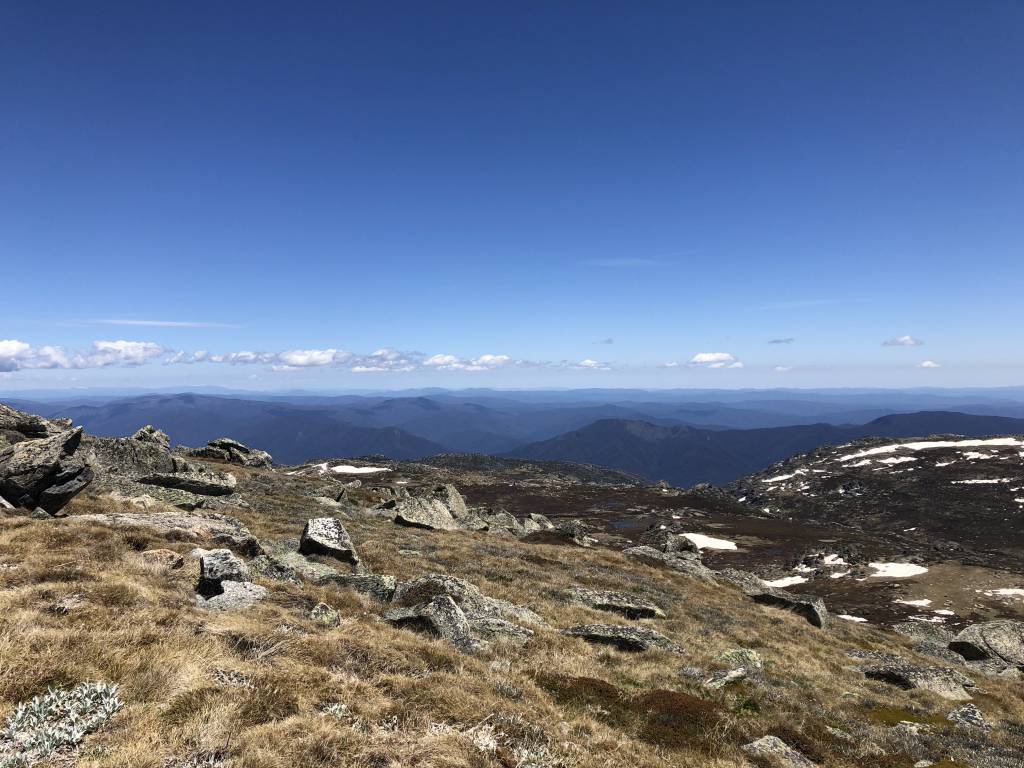 We have had some inspiring adventures since hitting the road last March. We have Trekked the spectacular walking tracks of Carnarvon Gorge National Park in QLD. We’ve climbed the giant red dunes of Big Red at the start of the Simpson Desert. We’ve taken the short breathtaking climb to the top of Mount Bulla in Victoria and many more, but nothing compared to the experience of conquering the Summit of Mt Kosciuszko with our three little men in tow.

Our first attempt was a Saturday morning mid-November, but the gods were working on our side. That particular morning, I was struggling with a debilitating migraine and the painful beginning of a minor kidney infection. We still drove from our cozy little camp at Ngarigo Campsite to Thredbo. Ryan left me in the car and went to purchase an extra days park permit as I was too sick to climb and the lady told him it wasn’t a bad thing. The summit was a piercing 10 degrees Celsius with a wind chill, and it would be a very uncomfortable climb that day. The best news was that the Sunday had a prediction of a gorgeous 18 degrees Celsius with light winds.

After a day in bed and a few drops of purple triangle pill medicine, we woke up to a fresh start for our big adventure to the top of the highest point in Australia. We knew the day wasn’t going to be easy by any means, but we did get a little concerned when 100m in (from the car) on the way to the Kosciuszko Express chair lift,

Lucas (7) informs us his legs are hurting, and he needs to stop.

We pushed on, and boy were we grateful we did. The chair lift from the village to the start of the walking track was the high light of the boys morning. We then donned our hats, strapped wade into the carrier and began what would shortly be disputed, the 14km round trip to the summit and back. Lucas continued to test us the entire walk, announcing at 1km in that he needed to stop and then again at 2km, 3.5km and by 4km I promised him if he made it to the top of Kosciuszko he could give up (haha) and the bribes began with he’d get to play Lego all evening. Wade (1) slept for over half of the climb to the top, and good old Jake (9) was the pacesetter up front with dad. I think our biggest saving grace was the many sections of snow (even in mid-November) that we were passing or having to trek through. It was the boys first snow experience, and it was priceless.

It only took 2.5 hours to climb back down, and the boys were so quiet, they seemed to be soaking in all the views as they finally realised the magnitude of what they’d accomplished plus they had more of an idea that the end was near.

All in all- the climb to the summit of Mt Kosciuszko was one of the best adventures we have been on to date, and we are already excited about the idea of doing it all over again.