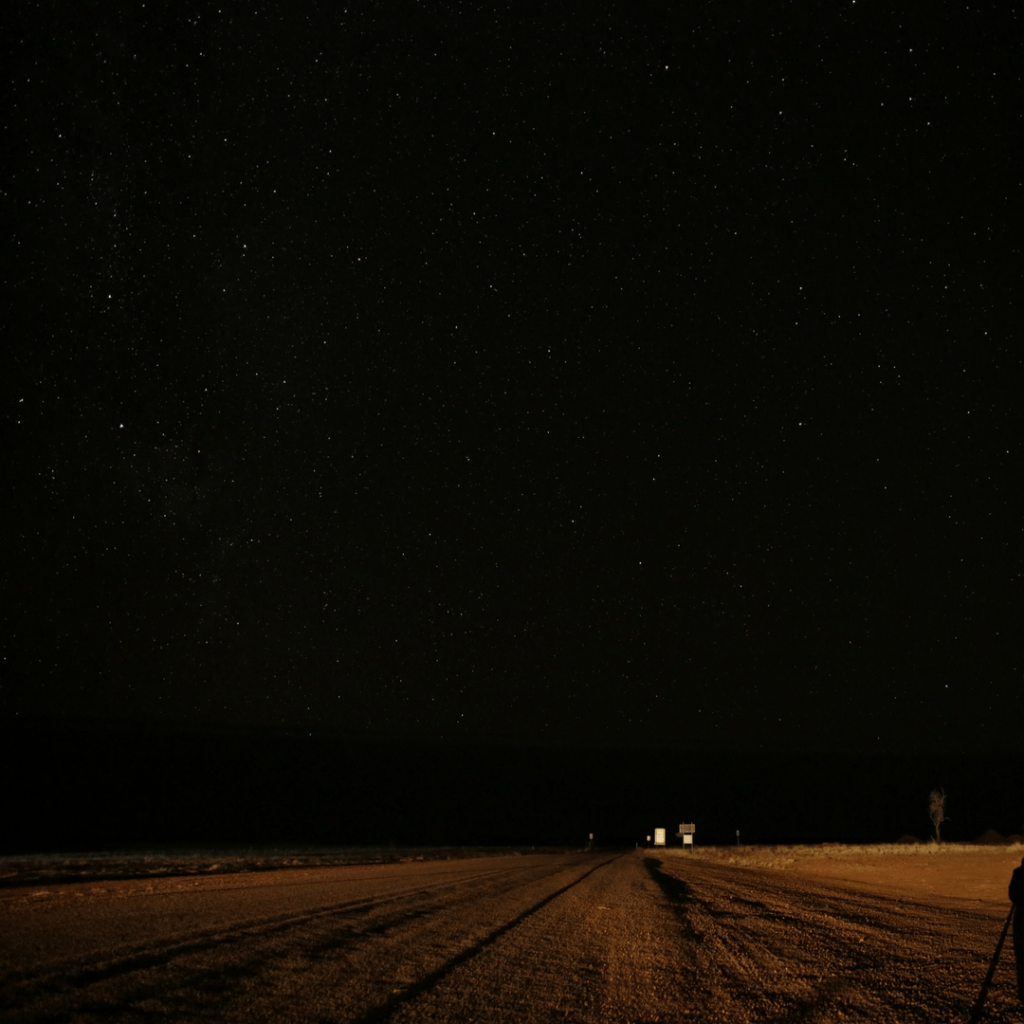 Not all Off-road driving is for pleasure, adventure or to tick off a bucket list item. Real people live, work or in our case a storyteller chasing answers, a story to the phenomena that have remained a mystery of outback Queensland.

One of the great things about filming content about the weird and wonderful is the travel. 19 hours of driving with the producer of Australien Skies, Don Meers. Brisbane to the middle of nowhere. The scenery is breathtaking – open, flat and almost featureless.

To be honest, we didn’t know what to expect out there. There was a never-ending swarm of pesky flies and strong winds, which wreaked havoc with the sound gear and drone. Regardless, we enjoyed every minute, such serenity.

Filming in far east Queensland, closest reference point would be a town called Boulia, but in reality, we were 150km from there. The landscape is vast and endless. We were looking for the enigmatic Min-Min Lights (Spook Lights, Spirit Lights as some people call them).

The location certainly had an element of mystery about it.  It’s one of the cliché things; you had to be there.

After 5pm the wind comes to a standstill and the eerie silence sets in, enough to give us city folk a case of tinnitus. Cameras rolling and we break this unusual serenity with buzzing propellers, to give us a higher perspective of where we really are. Turing the drone away from the dry and lifeless Min-Min Creek, the endless view of the desert was reminiscent of a NASA image I once saw portraying the surface of Mars – an arid wasteland of sand and rocks.

To learn more about the Australian Skies Series franchise head over to http://www.australienskies.com/